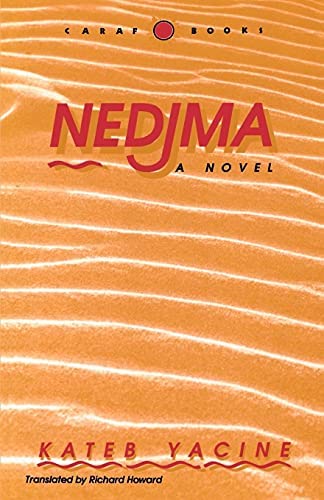 Its intricate plot involves four men in love with the beautiful woman whose name serves as the title of the novel. Nedjma is the central figure of this disorienting novel, but more than the unfortunate wife of a man she does not love, more than the unwilling cause of rivalry among many suitors, Nedjma is the symbol of Algeria. Kateb has crafted a novel that is the saga of the founding ancestors of Algeria through the conquest of Numidia by the Romans, the expansion of the Ottoman Empire, and French colonial conquest. 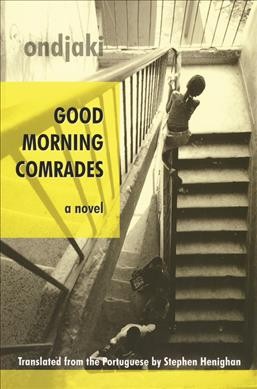 Ndalu is a normal twelve-year-old boy in an extraordinary time and place. Like his friends, he enjoys laughing at his teachers, avoiding homework, and telling tall tales. But Ndalu's teachers are Cuban, his homework assignments include writing essays on the role of workers and peasants, and the tall tales he and his friends tell are about a criminal gang called Empty Crate which specializes in attacking schools. Good Morning Comrades tells the story of a group of friends who create a perfect childhood in a revolutionary socialist country fighting a bitter war. 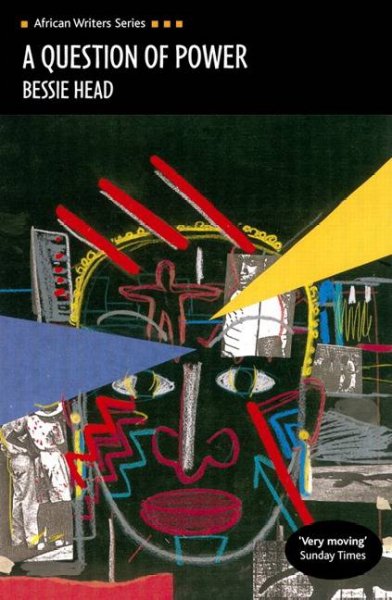 A Question of Power

Elizabeth was conceived out-of-wedlock; her mother was white and her father black a union outlawed in apartheid South Africa. Elizabeth eventually leaves with her young son to live in Botswana, a country less oppressed by colonial domination, where she finds stability for herself and her son by working on an experimental farm. 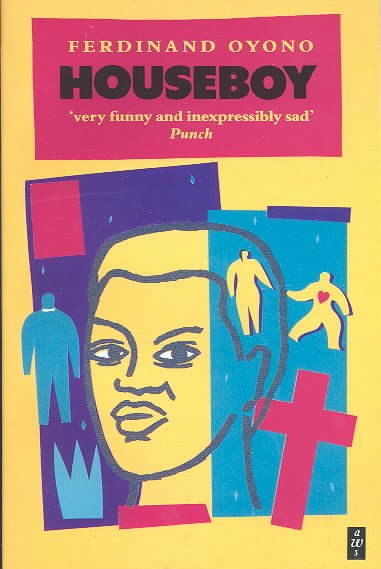 An epistolary novel focusing on the coming of age of an African boy. It is told through a series of diaries, known as exercise books. Originally published in 1956 under the name Une vie de boy, it takes place during the Spanish colonization of what is now Equatorial Guinea. Focusing on themes of colonialism, race, Christianity, and faith in the face of suffering, it is considered a classic of anti-colonialist literature. 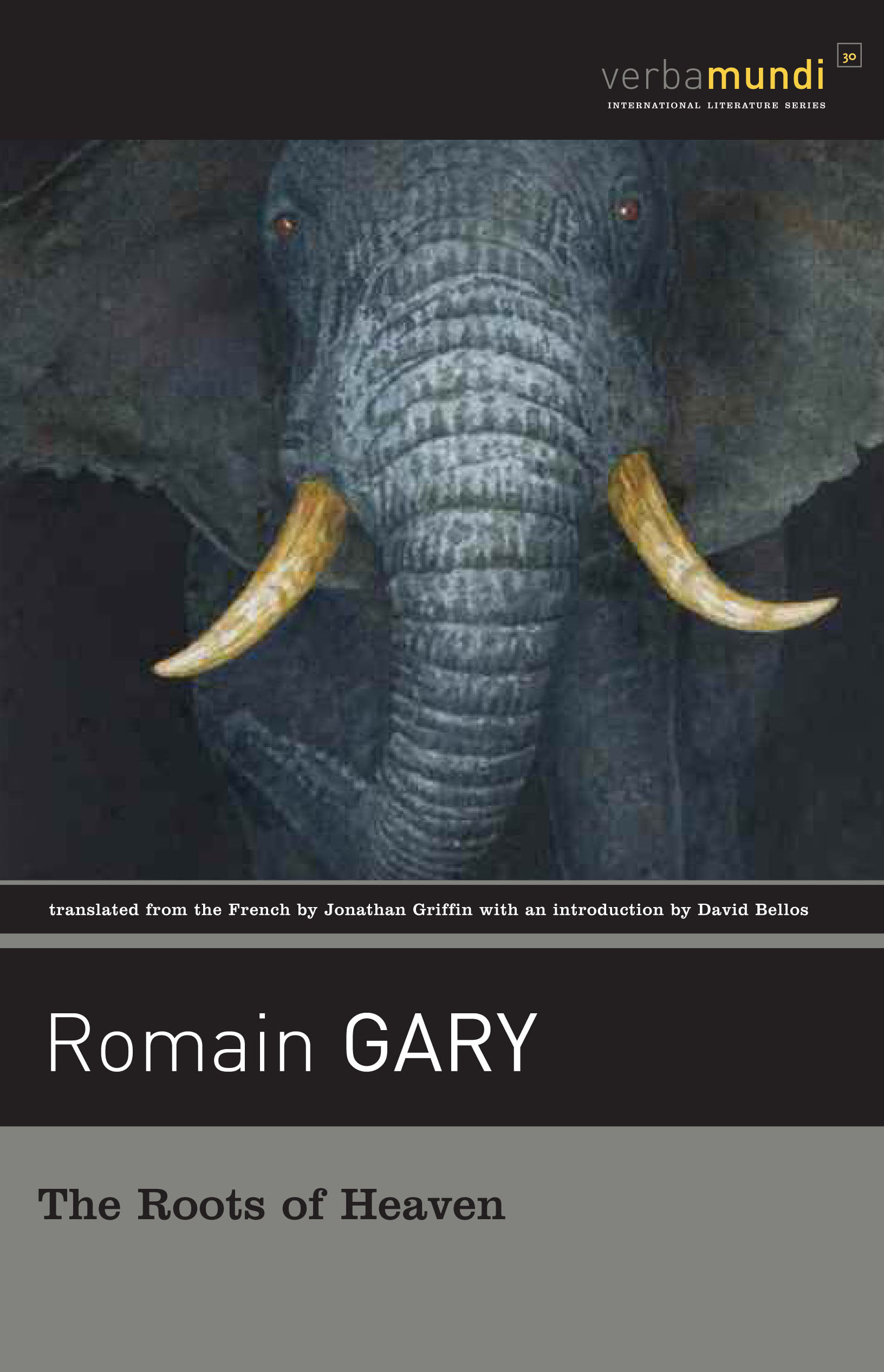 The Roots of Heaven

At the heart of the story is an idealist and former dentist named Morel, who petitions for the protection of the elephant herds. Dismissed as a crackpot and accused of misanthropy for caring more about elephants than people, he eventually abandons his petition and turns vigilante, shooting hunters and elephant trappers, burning ivory traders' buildings, ordering a trophy hunter flogged in public. His story catches the world's attention, stirring up sympathy for his cause and creating a public relations disaster for the local colonial government. 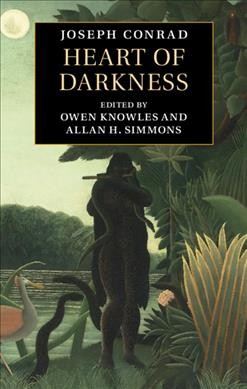 In Conrad's haunting tale, Marlow, a seaman and wanderer, recounts his physical and psychological journey in search of the enigmatic Kurtz. Travelling to the heart of the African continent, he discovers how Kurtz has gained his position of power and influence over the local people. Marlow's struggle to fathom his experience involves him in a radical questioning of not only his own nature and values but the nature and values of his society. eBook also available 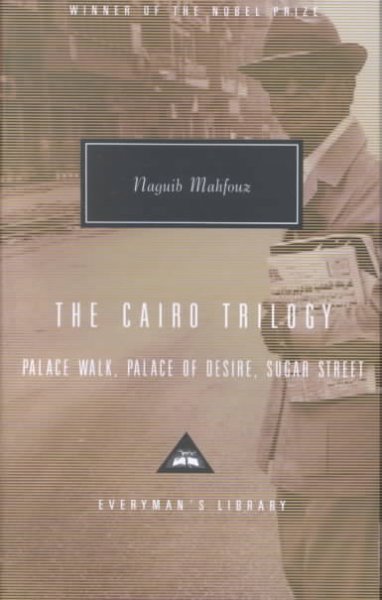 This is the story of a Muslim family in Cairo during Britain's occupation of Egypt in the early decades of the twentieth century. The novels of The Cairo Trilogy trace three generations of the family of tyrannical patriarch Al-Sayyid Ahmad Abd al-Jawad, who rules his household with a strict hand while living a secret life of self-indulgence. Throughout the trilogy, the family's trials mirror those of their turbulent country during the years spanning the two World Wars, as change comes to a society that has resisted it for centuries. 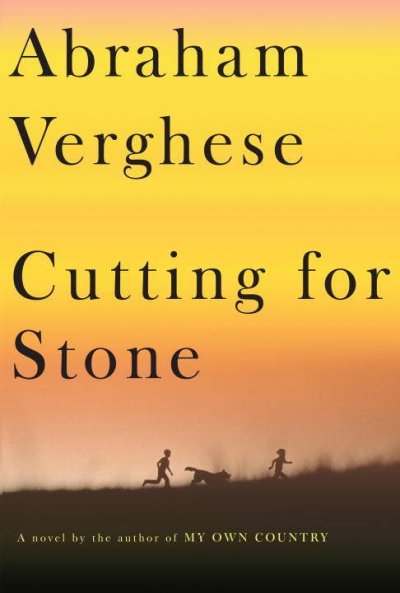 Marion and Shiva Stone are twin brothers born of a secret union between a beautiful Indian nun and a brash British surgeon at a mission hospital in Addis Ababa. Orphaned by their mother's death in childbirth and their father's disappearance, bound together by a preternatural connection and a shared fascination with medicine, the twins come of age as Ethiopia hovers on the brink of revolution. Yet it will be love, not politics -- their passion for the same woman -- that will tear them apart. 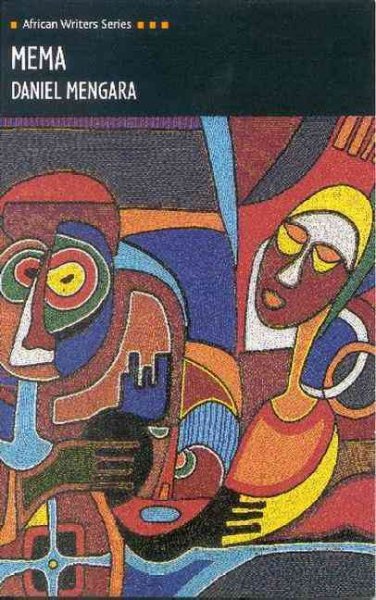 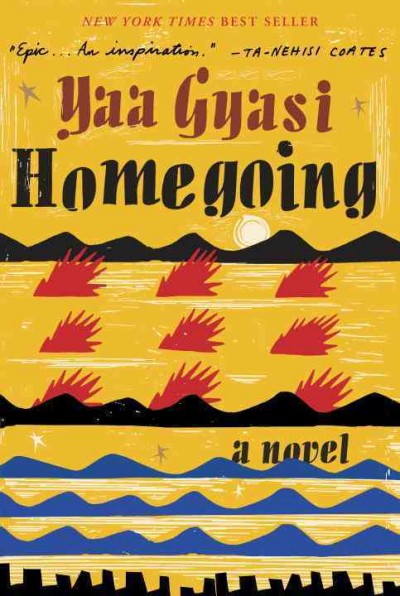 Two half sisters, Effia and Esi, unknown to each other, are born into two different tribal villages in 18th century Ghana. Effia will be married off to an English colonial, and will live in comfort in the sprawling, palatial rooms of Cape Coast Castle, raising half-caste children who will be sent abroad to be educated in England before returning to the Gold Coast to serve as administrators of the Empire. Her sister, Esi, will be imprisoned beneath Effia in the Castle's women's dungeon, and then shipped off on a boat bound for America, where she will be sold into slavery. 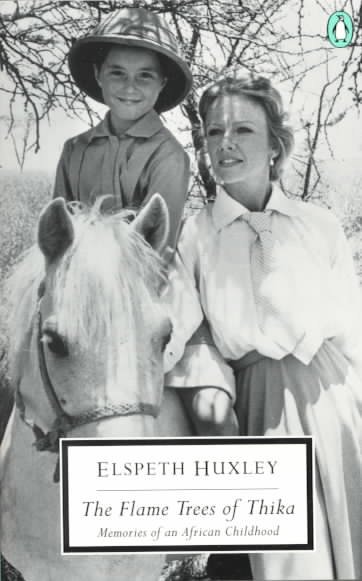 The Flame Trees of Thika : Memories of an African Childhood

Elspeth Huxley recalls her childhood on a small farm in Kenya at the turn of the century. Huxley describes growing up among the Masai and Kikuyu people, discovering the beauties and terrors of the jungle, and enduring the rugged realities of pioneer life. 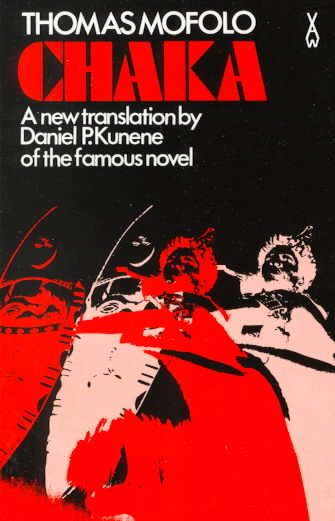 A mythic retelling of the story of the rise and fall of the Zulu emperor-king Shaka. 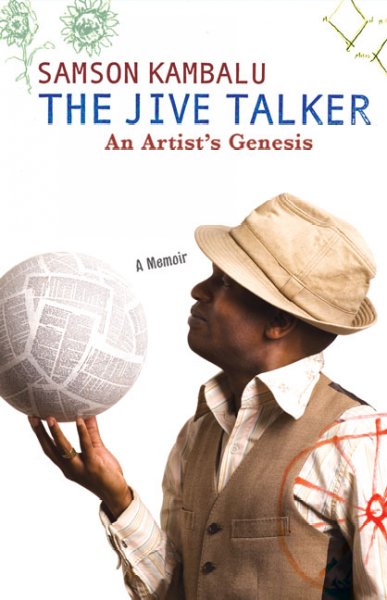 The author introduces us to his country of birth, Malawi, an impoverished nation in which no dissent is tolerated, where political opponents are "disappeared" and where a portrait of Life President Dr. Hastings Kamuzu Banda is always guaranteed to be watching. It's also a place in which a little boy obsessed with Michael Jackson, Footloose, Nietzsche, girls, fashion and football can move beyond his station to become a rising star in international pop culture, creating a life-affirming expressionist philosophy, "Holyballism," along the way. 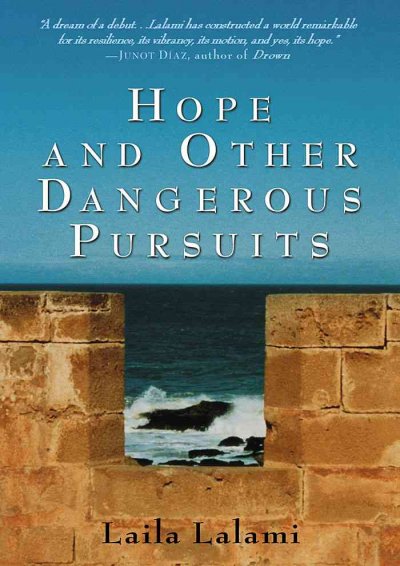 Hope and Other Dangerous Pursuits

Set in modern-day Morocco, the story of four vastly different Moroccans who illegally cross the Strait of Gibraltar in an inflatable boat headed for Spain chronicles the circumstances that drive them to risk their lives and the rewards that may or may not prove to be worth the danger. 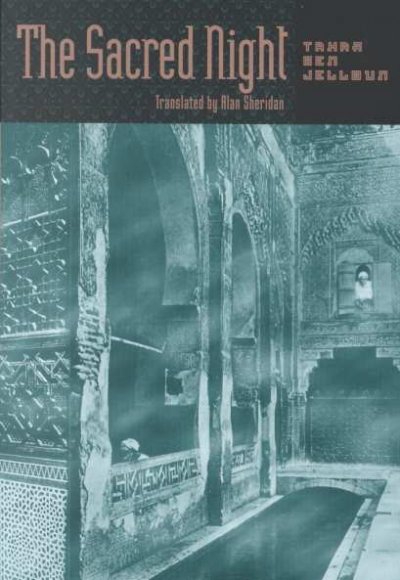 Mohammed Ahmed, a Moroccan girl raised as a boy in order to circumvent Islamic inheritance laws regarding female children, remains deeply conflicted about her identity. Now calling herself Zahra, she renounces her role as only son and heir after her father's death and journeys through a dreamlike Moroccan landscape. 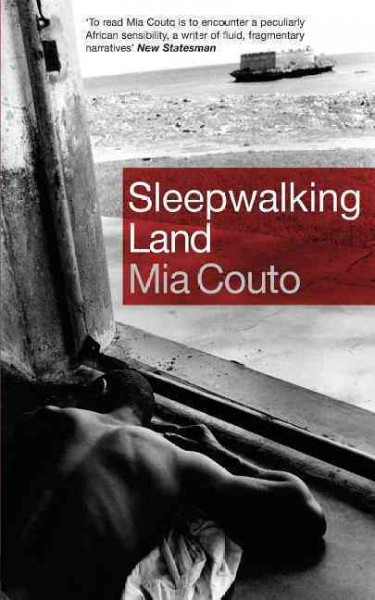 An old man and a young boy, refugees from a civil war, seek shelter in a burnt out bus. Among the belongings of a dead passenger, they discover a set of notebooks that tell of his life. As the boy reads the story to his elderly companion, the tale gradually becomes part of their own lives. 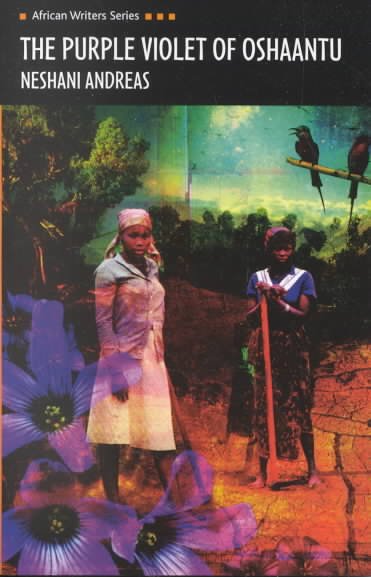 The Purple Violet of Oshaantu

This is the story of a woman who refuses to mourn her husband's death. The village knew she was an unhappy wife, but she is still expected to weep and speak the praises of her husband. Her story reveals the value of friendship between women, based on liking rather than traditional beliefs. 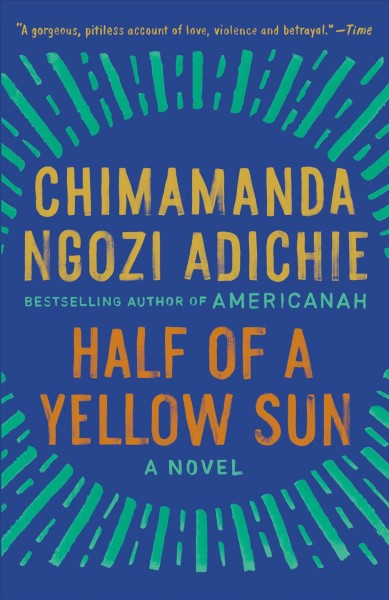 Half of a Yellow Sun 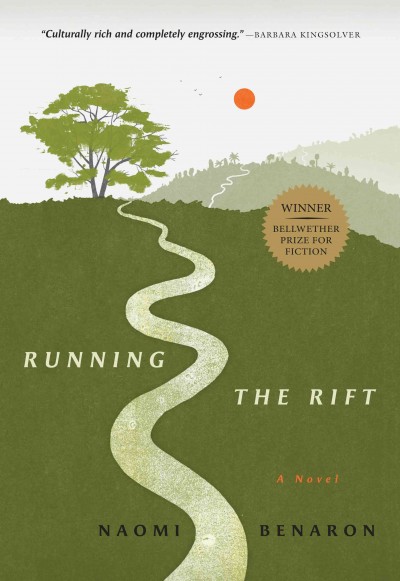 Rwandan runner Jean Patrick Nkuba dreams of winning an Olympic gold medal and uniting his ethnically divided country, only to be driven from everyone he loves when the violence starts, after which he must find a way back to a better life. 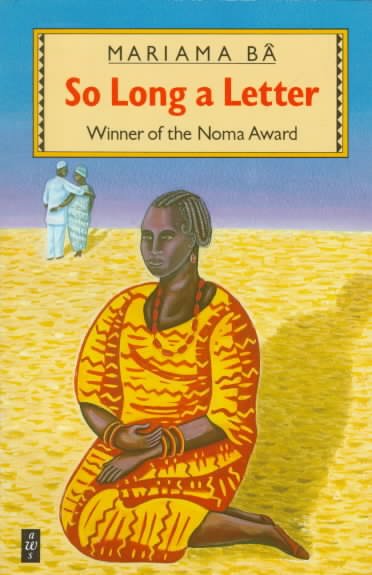 So Long a Letter

The brief narrative, written as an extended letter, is a sequence of reminiscences - some wistful, some bitter - recounted by recently widowed Senegalese school teacher Ramatoulaye Fall. Addressed to a lifelong friend, Aissatou, it is a record of Ramatoulaye's emotional struggle for survival after her husband betrayed their marriage by taking a second wife. This semi-autobiographical account is a perceptive testimony to the plight of educated and articulate Muslim women. Angered by the traditions that allow polygyny, they inhabit a social milieu dominated by attitudes and values that deny them status equal to men. Ramatoulaye hopes for a world where the best of old customs and new freedom can be combined. 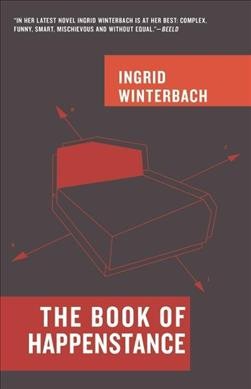 The Book of Happenstance

A middle-aged lexicographer, Helena Verbloem, travels alone to Durban to assist in the creation of a dictionary of Afrikaans words that have fallen out of use. Shortly after her arrival, her apartment is burglarized, and her collection of precious shells, shells that she had been collecting for a lifetime, is stolen. Meeting with indifference from the local police, she decides to investigate the crime on her own, with the help of her new friend from the Museum of Natural History. 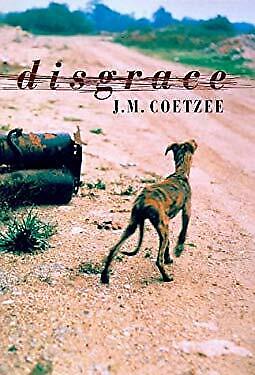 A white woman is gang-raped by blacks in this novel on post-apartheid South Africa. But she understands such settling of scores is inevitable, given what whites did to blacks, and she keeps the baby. 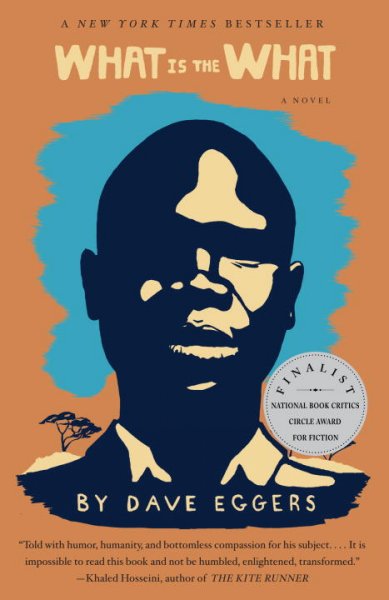 What is the What : The Autobiography of Valentino Achak Deng

A biographical novel traces the story of Valentino Achak Deng, who as a boy of seven was separated from his family when his village in southern Sudan was attacked by government helicopters and became one of the estimated 17,000 "lost boys of Sudan" before relocating from a Kenyan refugee camp to Atlanta in 2001. 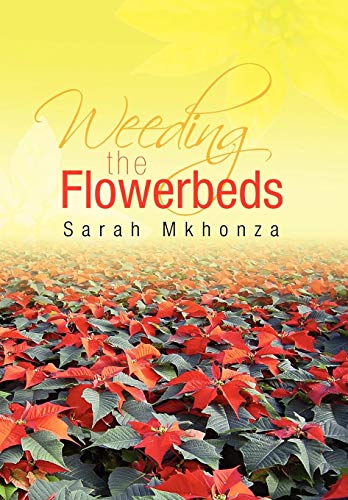 A memoir of boarding school at Manzini Nazarene High School in Swaziland, a country in Southern Africa. The author explores life in an educational institution where growing up is takes place under strict hostel rules in the seventies. 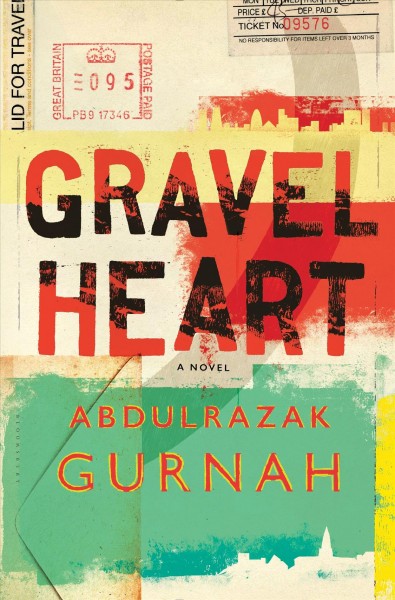 Living with his parents and his adored Uncle Amir in a house full of secrets, Salim is a bookish child, a dreamer haunted by night terrors. It is the 1970s and Zanzibar is changing. Tourists arrive, the island's white sands obscuring the memory of recent conflict--the longed-for independence from British colonialism swiftly followed by bloody revolution. When glamorous Uncle Amir, now a senior diplomat, offers Salim an escape, the lonely teenager travels to London for college. But nothing has prepared him for the biting cold and seething crowds of this hostile city. Struggling to find a foothold, and to understand the darkness at the heart of his family, he must face devastating truths about those closest to him--and about love, sex, and power. 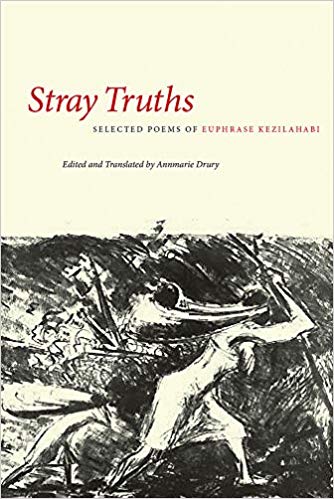 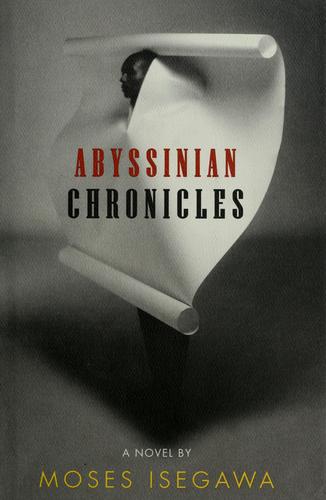 The story of Mugezi, left behind when his parents move to the capital city of Kampala, who later joins them in the city, attends a repressive Catholic seminary, becomes a high school teacher, survives the nightmare reign of Idi Amin, witnesses the spread of the AIDS virus, and finally immigrates to Amsterdam. 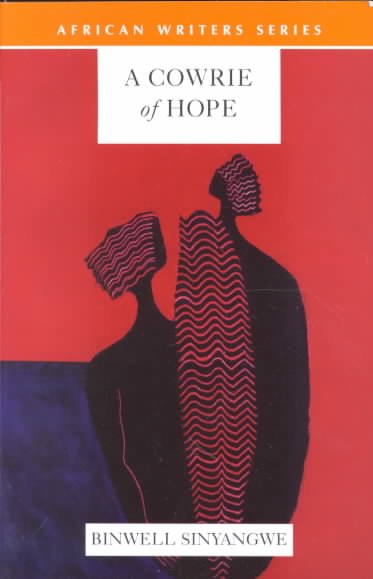 A Cowrie of Hope

Nasula dreams of a better life for her daughter, Sula, free from poverty and independent of marriage. But when Nasula finds herself unable to pay for Sula's education, her hopes seem to have been extinguished - until a friend advised her to go to Lusaka and sell her last sack of highly sought-after Mbala beans. Nasula makes the journey, but in the city she finds herself exposed to new, and predatory, dangers. 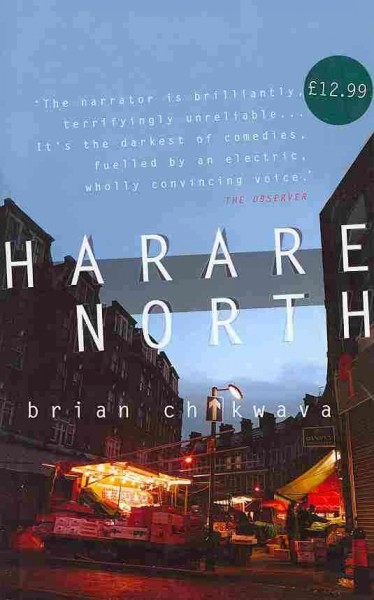 This novel tackles the realities of life in London for Africa’s dispossessed in this fearlessly political and very funny story of an illegal Zimbabwean immigrant seeking a better life in England — with a past he is determined to hide.